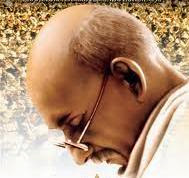 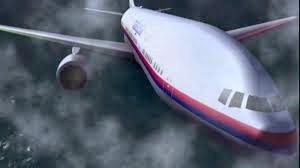 PERTH: Thunderstorms and gale-force winds threatened to impede a frantic international search Thursday for wreckage from Flight MH370 after satellite images of more than 100 floating objects sparked fresh hopes of a breakthrough.
Malaysia said the imagery taken in recent days by a French satellite showed "122 potential objects" in the remote southern Indian Ocean, although nothing has yet been pulled from the treacherous seas despite a multinational recovery operation.
Transport Minister Hishammuddin Hussein has cautioned that it was impossible to determine whether the objects were related to the Malaysia Airlines Boeing 777, which crashed on March 8 with 239 people aboard after mysteriously disappearing.
But the Australian Maritime Safety Authority (AMSA), which is coordinating the search some 2,500 kilometres (1,550 miles) southwest of Perth, said they were in an area authorities have pinpointed as a potential crash zone.
"Positions in the satellite information released by Malaysia Remote Sensing Agency were within Wednesday's search area," it said as a fleet of planes were set to leave for the area before the weather worsens. 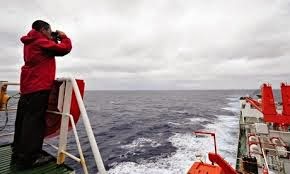 Six military planes from Australia, China, Japan and the United States will fly sorties throughout the day, along with five civil aircraft, scouring two areas covering a cumulative 78,000 square kilometres in an increasingly frantic hunt for clues to exactly what happened.
MH370 deviated inexplicably off its intended course between Kuala Lumpur and Beijing, flying thousands of kilometres in the wrong direction before plunging into the sea. Malaysia believes the plane was deliberately diverted by someone on board.
Five ships are also in the search zone, including Australia's HMAS Success and Chinese vessels Xue Long, Kunlunshan, Haikou and Qiandaohu.
But they are operating in a wild expanse of ocean described by Australian Prime Minister Tony Abbott as "about as close to nowhere as it's possible to be" where gale-force winds and towering waves are routinely whipped up.
AMSA and Australia's Bureau of Meteorology warned the weather was expected to deteriorate later Thursday.
"Potentially thunderstorms down there as well as winds picking up, and they could get to gale force conditions," said bureau spokesman Neil Bennett. - AFP 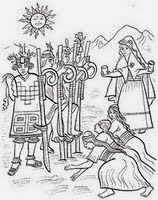